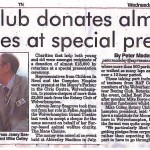 At a reception hosted by City Mayor, Councillor Malkinder Jaspal in the Mayor’s Parlour on 1st October, cheques resulting from the first staging of Best Foot Forward were presented to the charities nominated by the event.

The presentations were made in the company of the Founder Patrons, who funded the event, and others who had helped stage, or had in taken part when Best Foot Forward in was staged at Aldersley Stadium in July.

Cheques for £3,656.75 each were presented to Compton Hospice, Children in Need and the Rotary Charitable Trust. In addition supporters of the MS Therapy Centre, Green Meadows Animal Sanctuary, Autism West Midlands, and Central Youth Theatre used the event as a means of boosting their own funds by a total of £6,906.

In the first staging of this event in the UK, charities benefited by known total of £17,876. – there may be others who have not reported back to us.

“We at the Rotary Club are proud to have been the catalyst that brought it all this together. But we know that the end-product was delivered by others, to whom we express our sincere thanks:

To the City Council and the Express & Star for grasping the vision; to our 40 Founder Patrons for putting up the funds; to Council staff, both in this building and at Aldersley stadium, for keeping us on course; to the Boxing Club and RAF Cosford for coming mob-handed and to all the others who came to Aldersley to join in.

To view the images below full size, click on the image. 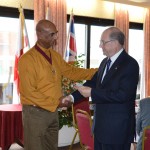 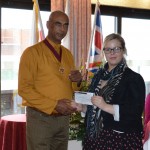 Charlotte Mulliner, for Children in Need 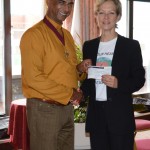 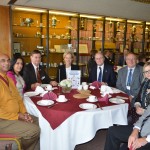 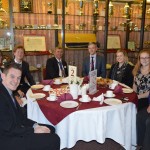 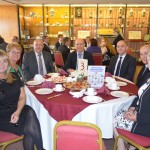 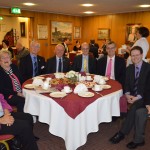 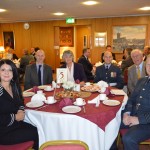 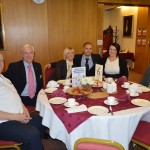 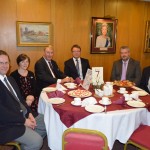